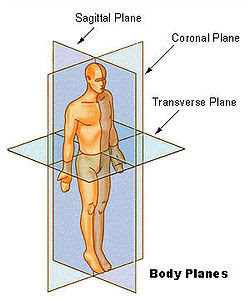 I am trying to declare peace between the left and the right sides of my person.

Here is a little background on the two sides: The right is tighter, smaller and more demanding. She is like a button mushroom that wants to be in control and controlled at the same time. The left is more introspective and relaxed, like an oyster mushroom. She likes to relax and read and sleep late. She can also be a bit of a slug.

The internal war often starts first thing in the morning. Something mysterious will wake me up. The right side is the first to speak. "Out of bed with you!" she says, very similar rhythmically to "Off with your head, you!" The left side pretends not to hear her. She is still considering a dream. There is a woman with the part of her chin that is under her tongue and between the boomerang shape of her jaw and the rise of her neck, gone. Something had fallen through there, or like in a whirlpool, actually sucked through.

The right side doesn't let the left finish thinking about the lady w/ no undertongue part. She insists that she write about the lady from the dream immediately. The left side doesn't want to. She is heavy like potatoes, and besides, one arm is asleep and unable to move. That arm, the left points out silently, knowing that the right has won the fight anyway, is the right arm.

In an alternate universe the two sides of a person could react to each other in the same way that two cats living in the same studio apartment do: reluctantly. The two sides could howl at each other, and then make out all in the same breath. They are cute together. At night they unzip. Then they air out. When they come back together they are able to snuggle once more in the peace and quiet in which they live.

My universe is different. It has something to do with patterning. Faced with multiple left and right situations, they cling to each other to stay afloat but bruise each other in the process.. There is nowhere else for the two sides to be but married to each other. And like any couple that has been together for more than 30 years, they know what the other will say before they say it, even though they don't necessarily like it. They hold serious grudges. That is why this peace agreement is so important.

Living room yoga started 11 years ago when I was a new teacher with an big empty living room. I invited my friends and friend's of friends. I changed my downstairs hallway into a dressing room complete with hooks in the walls and a canvas curtain. It was very real and exciting and sweet.

Sadly, I had to move out of that spot, but living room yoga persevered ~ in the living rooms of my students, in yoga studios, in corporate offices and in nursing homes. So its not just living room yoga, its really where ever people need room for living. I go most of these places on my bicycle, like a yoga delivery person.

Teaching and practicing yoga is really about experience in action. That and love. For yourself and for your students.

Now if you want to try my class in your own living room, either in person or thru my delightful DVD's, check it all out on my website: www.livingroomyoga.com

lots of yogic love to all of yous ~